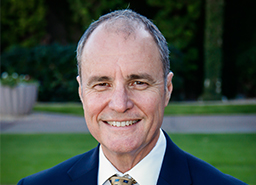 Bill Witt serves as President and Chief Operation Officer at Empire West Title Agency. During his over
40 years in the Title and Escrow business, Bill as served various roles including Escrow Officer, Branch
Manager and Operational Sales Manager. Joining Empire West Title Agency as President in January of
2011, he has overseen the growth of the company from 5 locations in metro Phoenix to 27 locations
statewide including branches in Maricopa, Coconino, Yavapai, and Pinal Counties. His drive for growth
and acceptance of market change have helped Bill and his team build a thriving and ever adapting
organization with a team spirit and family culture.

Bill is a Phoenix native residing in Ahwatukee and is the proud dad of 3 sons and a daughter. In his spare
time he enjoys traveling with his wife, playing golf, and spending time with family and friends.


How can we help you?

Contact us at the Empire Title Agency office nearest to you!

I believe in paying it forward and truly, the work done was very professional, timely and much appreciated. Perhaps I will get the chance to meet them in person one day and thank them personally!!

To be honest, there is a sweet treat headed your way but it was special ordered so it is taking a bit more time. You need to know that folks like you are few and far between….your customer service is off the charts, your responsiveness is faster than Mach 1 and your personality is very welcoming, friendly and supportive. YOU…ARE…AWESOME!! Thanks for everything that you have done and are doing to assist me.

Take good care of yourself and be well…..Lynn